The shotgun is designed to throw a group or “pattern” of many small pellets called “shot,” which makes hitting a flying or moving target much more feasible than using a single projectile, as fired by a rifle or pistol. Because it utilizes numerous pellets instead of a single bullet, a shotshell is constructed differently than a cartridge for rifles or pistols. So, instead of the rifle or pistol cartridge’s brass case that contains primer, powder and bullet, the shotgun’s shotshell consists of a hull that contains the primer, powder, shot wad and an amount of shot. There are many different shotgun bore sizes or “gauges” (much like rifle and pistol caliber size), and gauges of differing shell length and all can be loaded with a wide variety of shot sizes. Let’s break down some of these terms so you can better understand your shotgun or make a well-informed and safe purchase the next time you head to your favorite gun store or range.

The term “gauge” is an old one. It refers to the measure of the bore diameter of the shotgun. With the exception of the .410-bore, which is not a gauge at all (it’s actually a caliber) but often mistakenly called one, the gauge number is equal to the number of lead balls of that bore diameter that add up to weigh one pound. For example, 12-gauge, the most common shotgun gauge today, is the diameter of a ball of lead weighing 1/12-pound of lead, while a 20-gauge is the diameter of a lead ball weighing 1/20-pound of lead.

From left to right, modern shotgun shells from 12-gauge to .410-bore.

It’s not hard to see that it takes more lead balls in 20-gauge to equal a pound than it does a 12-gauge, thus, the 20-gauge bore diameter is smaller than a 12-gauge. The common lineup of gauges made today (from smallest to largest) are .410-bore (again, not actually a gauge, but a common shotgun chambering), 28-gauge, 20-gauge, 16-gauge, 12-gauge and 10 gauge. (Shotguns of long ago also included the mammoth 8-gauge and 4-gauge and the smaller 24-gauge and 32-gauge, but these are all collectors’ items now.)

The bunch of little pellets a shotgun fires are collectively called “shot.” They are often pure lead, sometimes lead coated with another material like copper, or of non-lead components such as steel, bismuth, tungsten and other materials. The shot sizes are numbered beginning with the smaller “birdshot.” Eventually, the sizes are stated in letters. Finally, there are the largest “buckshot” sizes, popular for use on deer in the southern U.S., for hunting furbearing varmints and for self-defense. 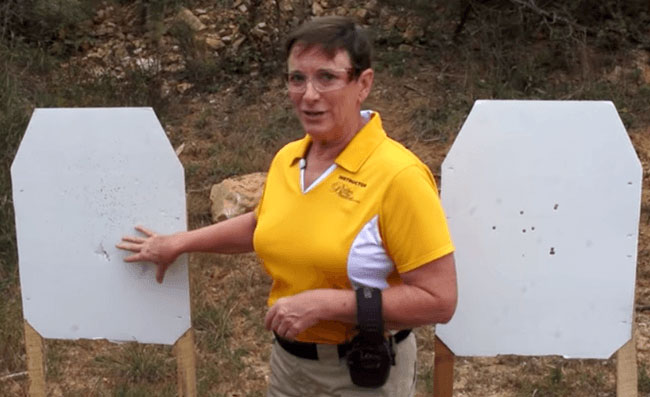 The finest (smallest-diameter) shot sizes (in order starting from the smallest commonly available size) are Nos. 9, 8 and 7 ½. These are the sizes you’ll traditionally see on target loads for clay shooting, but they also have application for some upland game birds such as ruffed grouse and woodcock. The next group of shot sizes (still in order) includes Nos. 6, 5 and 4. These work very well for pheasants, ducks, sage hens, rabbits and squirrels; heavy “charges of shot” (the amount of shot or shot “payload,” usually given in ounces) in these shot sizes will give good results on turkeys as well. The big shot sizes, Nos. 3, 2, 1, B, BB, BBB, T, F and FF shot are used for long-range waterfowl hunting, as these large pellets will hold their velocity and retain enough energy for quick kills on distant geese and ducks.

Buckshot nomenclature runs from No. 4 Buck (diameter .220-inch) to 000 (pronounced “triple-ought” or “triple-aught”) Buck (.360”), so as it is with other shot sizes, the higher the number the smaller the pellet size, and the more zeros in the “aught” size the larger the pellet diameter. Buckshot is very effective on game like deer, fox and coyote within 60 or so yards and it can make a sensible home-defense choice depending on your surroundings and situation.

So far I’ve talked about a shot being a group of pellets, and it is. But shotshells also fire single projectiles called “slugs.” Generally reserved for big-game hunting such as deer and sometimes bear, slug shotguns can have a traditional smoothbore like all shotguns that fire shot pellets, but most slug shotguns used for hunting big game or for use in some competitive shooting such as 3-Gun have “rifled” barrels, just like the barrel on, well, a rifle! Such barrels have twisting lands and grooves cut into them that help spin and stabilize the shotgun slug to enhance accuracy. Slug shotguns are specialized shotguns and a class unto themselves. Shotshells come in different lengths within their respective gauges. This is very important to understand because stuffing a shotshell into your gun that’s too long for its chamber — and even though it may be the correct gauge — can be extremely dangerous.
A good, safe rule of thumb is to only use shells as long or shorter than the markings on your shotgun barrel say you can use. Let’s look at an example. These are all 12-gauge shotshells, but they are all of different lengths. Always double-check your gun and its owner’s manual to determine exactly which shell lengths your gun is made to handle safely.

Today’s 12-gauge shells come in 2½-, 2¾-, 3- and 3½-inch lengths (and they all hold different amounts of powder and shot charges). If your shotgun is marked “12-gauge 2¾-inch” you may safely fire 2½- and 2¾-inch 12-gauge shotshells, but not the 3- or 3½-inch. If, on the other hand, your shotgun is marked for 3½-inch shells, you can safely fire any of the 12-gauge shells. (Note: Not all shotguns that can safely chamber all lengths of a particular gauge will always fire all of them reliably. This is especially true of many semi-automatics. Always consult the owner’s manual for your gun to determine what loads are best recommended for it.)

It’s vital to understand that at no time can you interchange different gauge shells. Such a mistake can destroy a gun and result in serious injury to both the shooter and bystanders. Never chamber a shotshell in a gun without checking both the shotshell and the gun for compatibility, and always consult the owner’s manual for any newly acquired gun to ensure you’re using the correct ammunition for it.

If you’re a new shotgun hunter, one of the things you’ll notice in retail stores are boxes of shotshell ammunition marked “high brass.” This high brass, the portion of the shotshell that houses the primer and holds the plastic hull, is the source of some old wive’s tales that just won’t go away. Let me explain.

When I was a younger man, I was taught that the difference in the height of the brass rim was indicative of the power or velocity of the shotgun load. The longer the brass, the hotter the shell and the faster the shot traveled after it left the muzzle. High brass was more powerful than low brass. That may have once been true, but not anymore. When purchasing shotgun ammunition, ignore the length of the brass rim and pay attention to the labeled velocity and payload of shot (again, stated in ounces) of the shell.