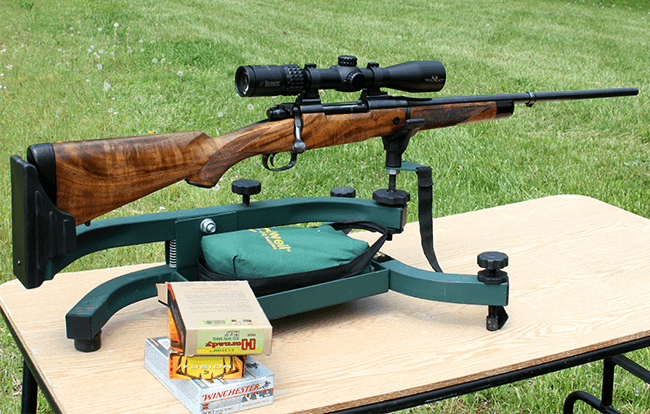 SHARE THIS
I N D U S T R Y
RELATED NEWS
What is the National Rifle League?
By: Serena Juchnowski Precision rifle and long-range shooting are terms currently tossed about in the shooting world. It seems like everyone has a precision rifle or a long-range rifle. The truth is, there are many different applications for those types of rifles, but the National Rifle League (NRL) is at the heart of precision rifle […]
READ MORE
At Home Dry-Fire Shooting Techniques
By: Serena Juchnowski Range time and ammunition can be hard to come by at certain times of the year, in different areas, or during a crisis like the COVID-19 pandemic. Even if you have easy access to the appropriate ranges and equipment, weather, time and money may make other methods more desirable. Here are several […]
READ MORE
Minute of Angle (MOA)
Quick Facts A Minute of Angle (MOA) is an angular measurement. A MOA is 1/60th of a degree. 1 MOA spreads about 1″ per 100 yards. (actually 1.047″) 1 MOA is a different size at different distances, 8″ at 800 yards is still just 1 MOA. 100 yds 200 yds 300 yds 400 yds 500 yds 600 […]
READ MORE
We use cookies to ensure we give you the best experience on our website. By clicking "Accept" or using our website, you consent to the use of cookies unless you have disabled them. ACCEPT
Privacy & Cookies Policy