The Exciting Sport of 3-Gun Shooting

Try this fun test of speed and accuracy, using rifles, pistol and shotguns

One of the fastest-growing shooting sports in the country right now is the action-packed multi-gun competition commonly known as “3-gun.”

The targets might include clay pigeons, cardboard silhouettes, steel targets of varying sizes and anything else the match organizer designates as a target. Distances of the targets might vary from 1 yard to 500 yards or anything in between. The shooter who hits the most targets — and avoids certain “no shoot” ones — in the least amount of time is the winner.

Although local ranges might opt to alter the rules somewhat, most abide closely by those set up by the International Multi-Gun Association (IMGA) or the United States Practical Shooting Association (USPSA), which regulates some matches. Each of these organizations has guidelines and rules, but the ability to adapt them for specific matches is what makes 3-gun competition dynamic and exciting.

Just as it is with the practical pistol matches, 3-gun simulates combat or self-defense situations. A stage provides a certain scenario for using one or more of the guns in a specific sequence. Each stage in each match will usually be different than any you’ve shot before. 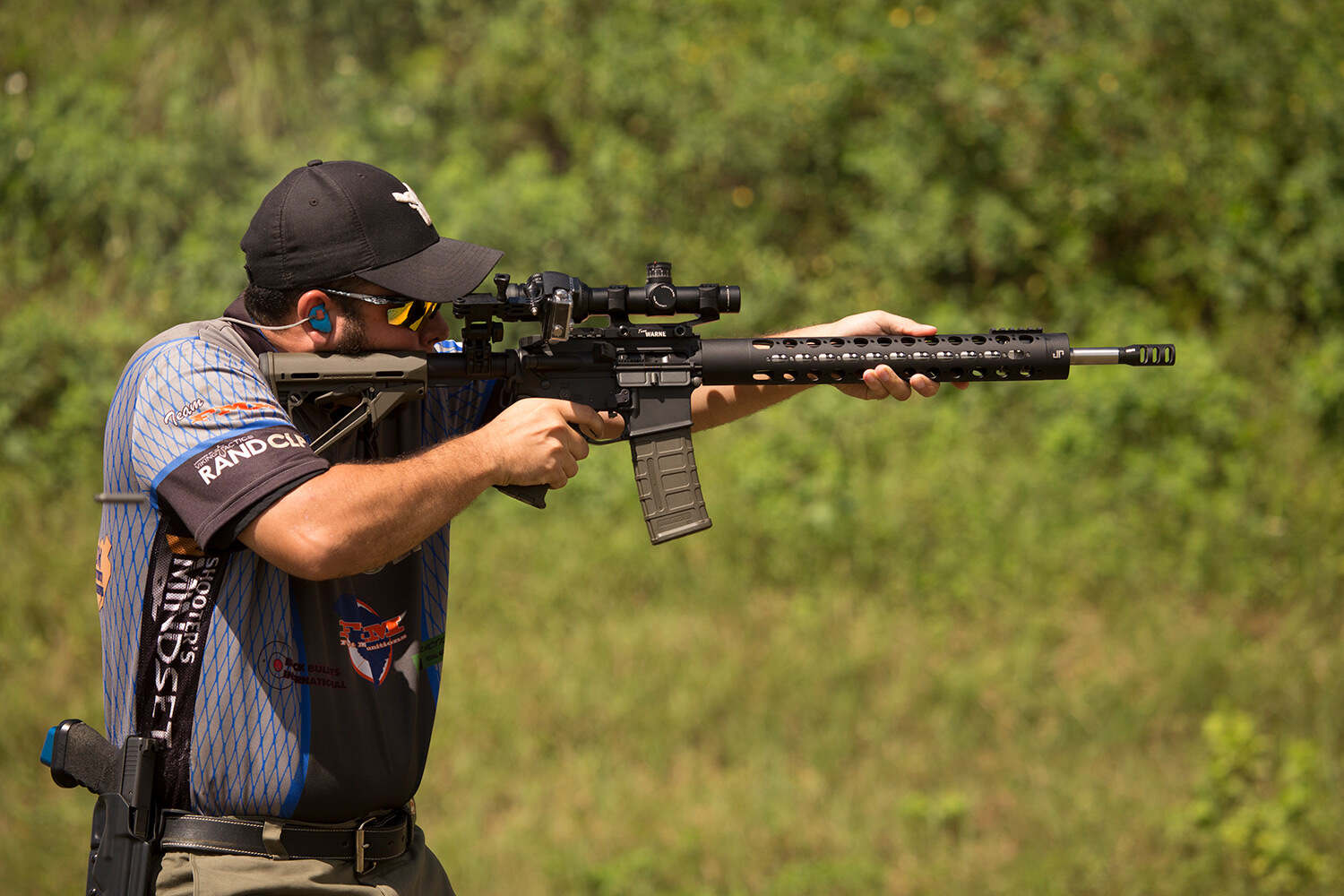 Rifles
Most serious competitors choose MSRs in .223 caliber with fairly short barrels in the 18- to 20-inch range and 30-round magazines. But any semi-auto that will handle larger magazines are normally permitted.

Shotguns
Any reliable autoloading or pump-action shotgun will work. For serious competition, it should have an extended magazine tube, a good set of sights and interchangeable chokes. Both shotshells and slugs are used in most 3-Gun matches.

Pistols
Most shooters use 9mm semi-autos, but the .38 Super and .40 S&W are also popular in some divisions. 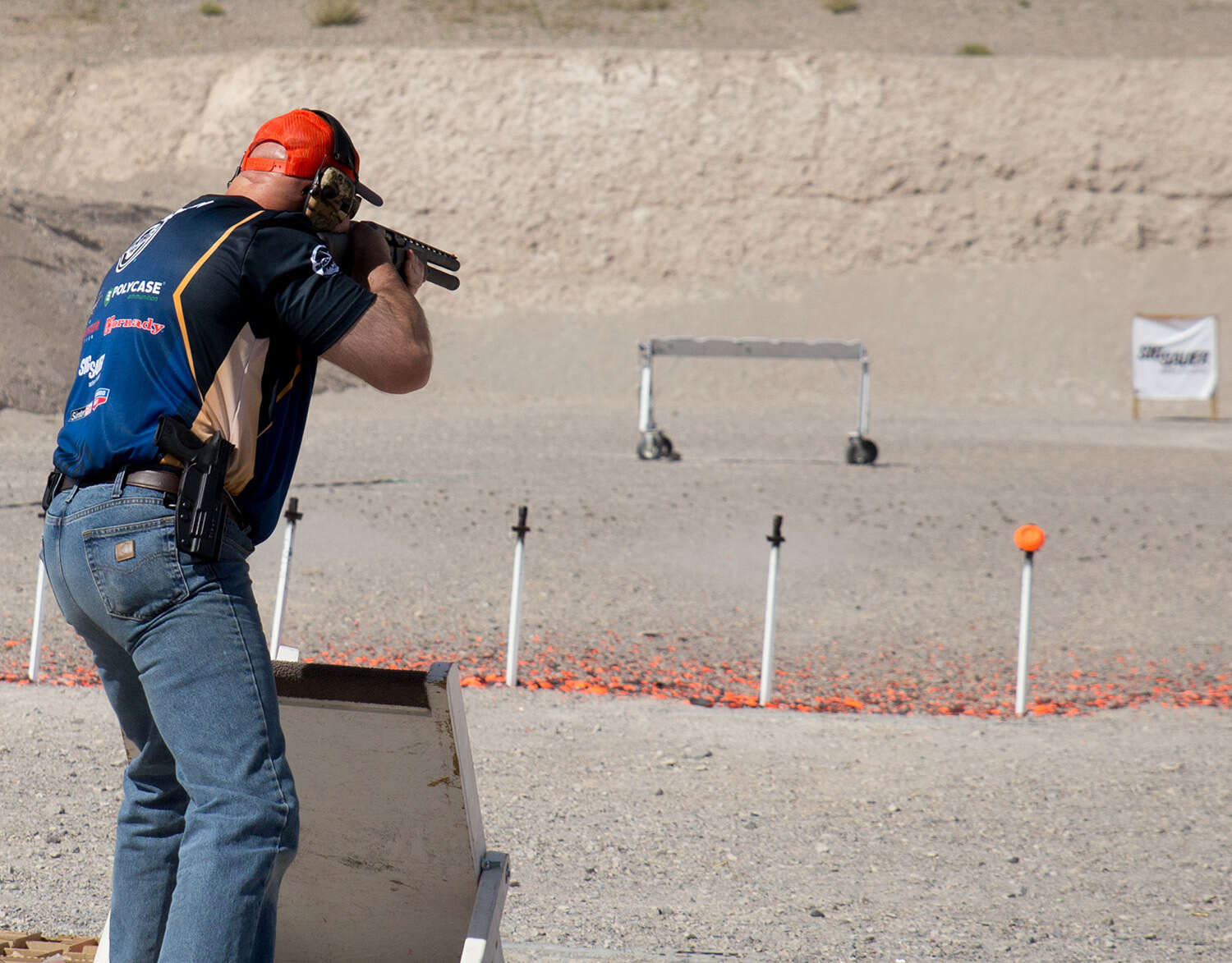 Accessories
Each shooter needs a holster for the pistol and some sort of belt/pouch system to carry extra magazines and ammo.

The division definitions vary based on the specific match, but the basics remain the same.

Limited
This is the entry-level division due to the light equipment requirements. It’s also one of the more fun divisions in which to participate. You are allowed one unmagnified optic on the rifle (iron sights or red dot) and no bipods. No porting or optic on the shotgun is allowed. It can be semi-auto or pump, 8+1 rounds maximum, but no detachable magazines. Also, the shotgun can’t be loaded using speed-loaders during the stage; each round of ammo must be loaded by hand into the magazine. Handgun also must have no porting or optics, and must have a maximum magazine length of 141.25mm. 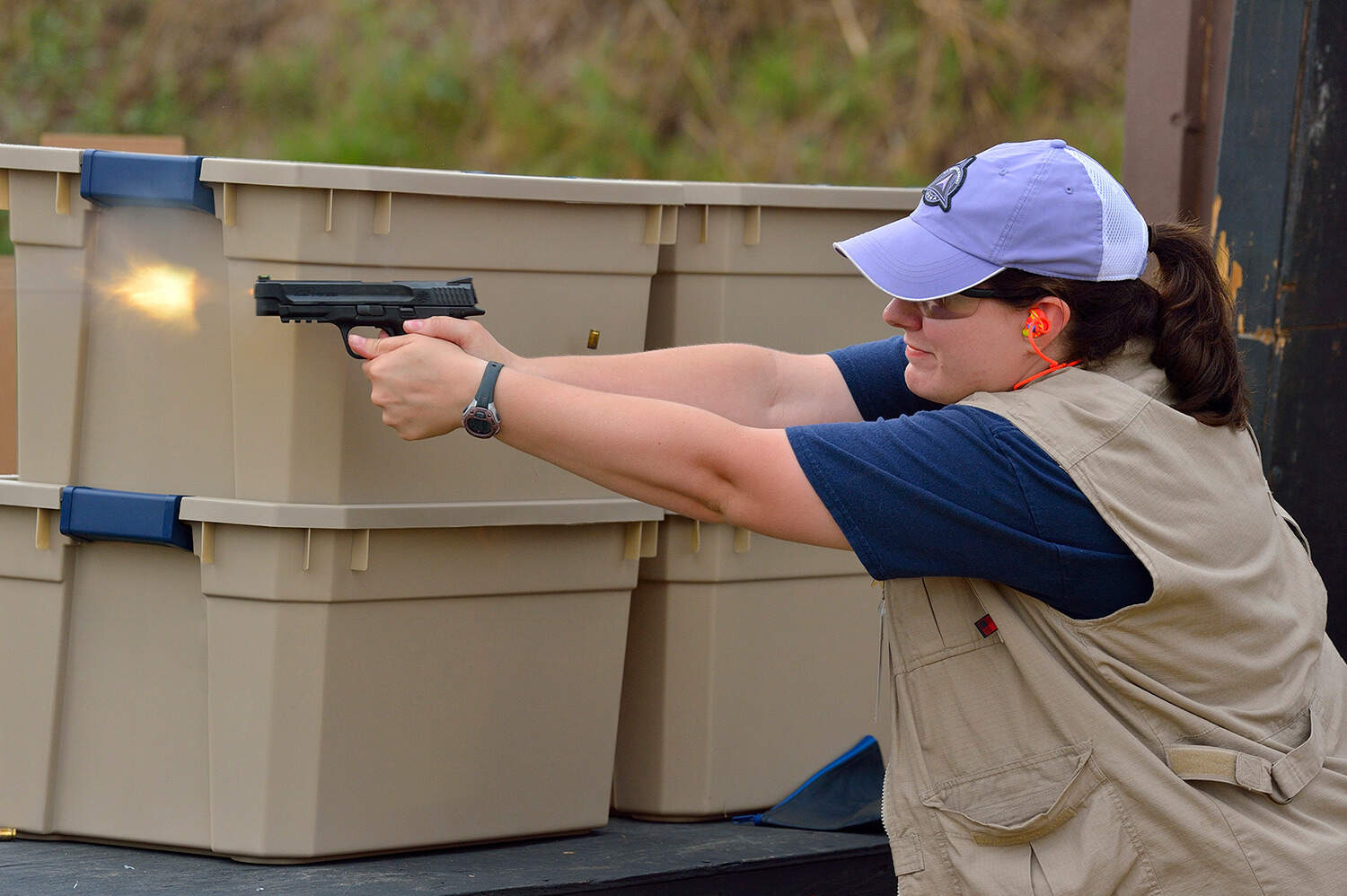 Tactical
This is the most popular division with the stiffest competition among 3-gun competitors. The only difference from the Limited division is that the optic on the rifle may be magnified.

Open
The “almost anything goes” division. Handgun magazines must be 171.25 mm or less in length. This division also allows speed-loaders for the shotguns during stages.

Outlaw Open
As long as it’s safe, everything really does go in this division.

Getting started in 3-gun competition is easy. Find a shooting range in your area that puts on 3-gun matches. Then spend some time watching and learning, also, don’t be afraid to ask questions. Once you decide to take the plunge, go easy and don’t spend a lot of money on anything too fancy. It’s a learning process, and it’s about having fun.