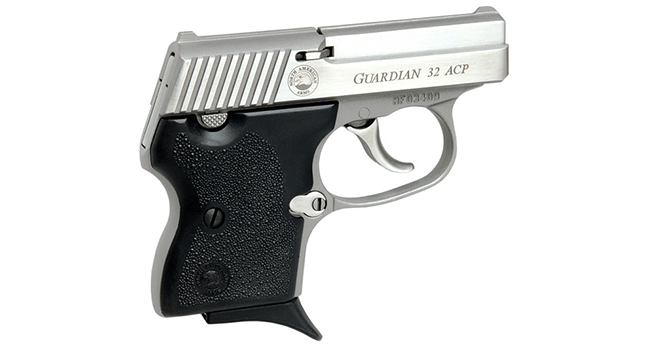 SHARE THIS
I N D U S T R Y
RELATED NEWS
Top 5 Mid-Size Guns for Daily Carry
By Eve Flanigan Earlier installments of this four-part series focused on micro and small guns for daily carry. This segment looks at what we’ll call mid-size handguns, which for our purposes is defined as having a barrel 3.7 to 4.25 inches long. Manufacturers have different labels for this size range, including labeling some as compact, […]
READ MORE
First Shooting Range Experience | +ONE Movement During SHOT Show 2020
Chris HoodNeck, Marchelle “TIG” Washington, Omar “Crispy” Avila, Marisa LaRen, Navy Seal Rich Graham and many others walked the Las Vegas Strip during the 2020 SHOT Show to invite new target shooters to the local gun range. These firearms industry influencers supported the +ONE Movement during the 2020 SHOT Week to inspire gun owners to […]
READ MORE
Top 3 Scanned New Products from the 2020 SHOT Show
The New Product Center is the most extensive collection of new shooting sports, hunting, outdoor accessories and equipment ​with more than 350 exhibiting companies and more than 400 featured products at the 2020 SHOT Show. While visiting the New Product Center industry members use the SHOT Show Mobile App to scan the products they like […]
READ MORE
We use cookies to ensure we give you the best experience on our website. By clicking "Accept" or using our website, you consent to the use of cookies unless you have disabled them. ACCEPT
Privacy & Cookies Policy